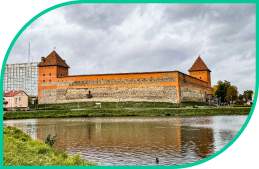 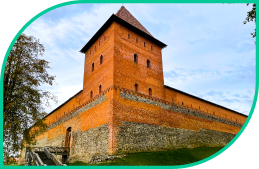 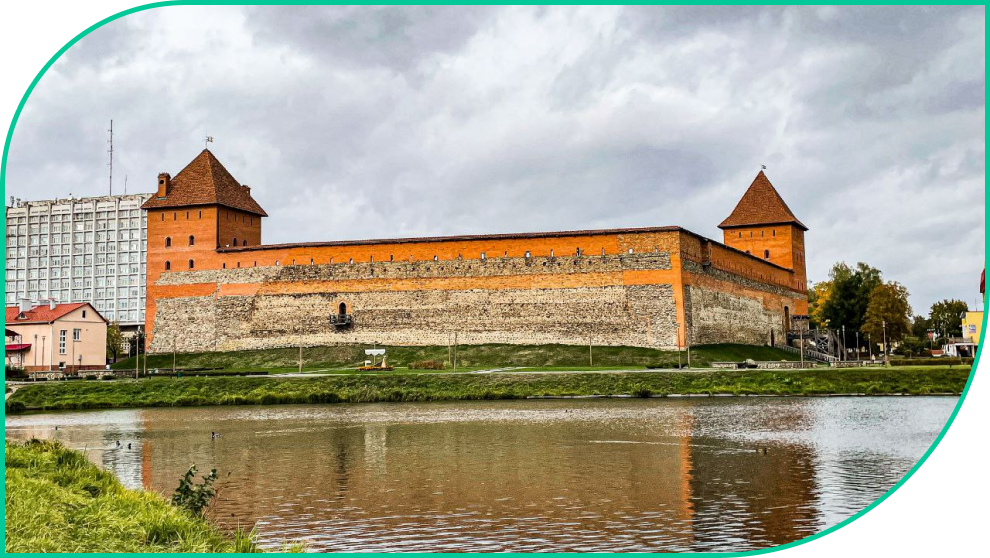 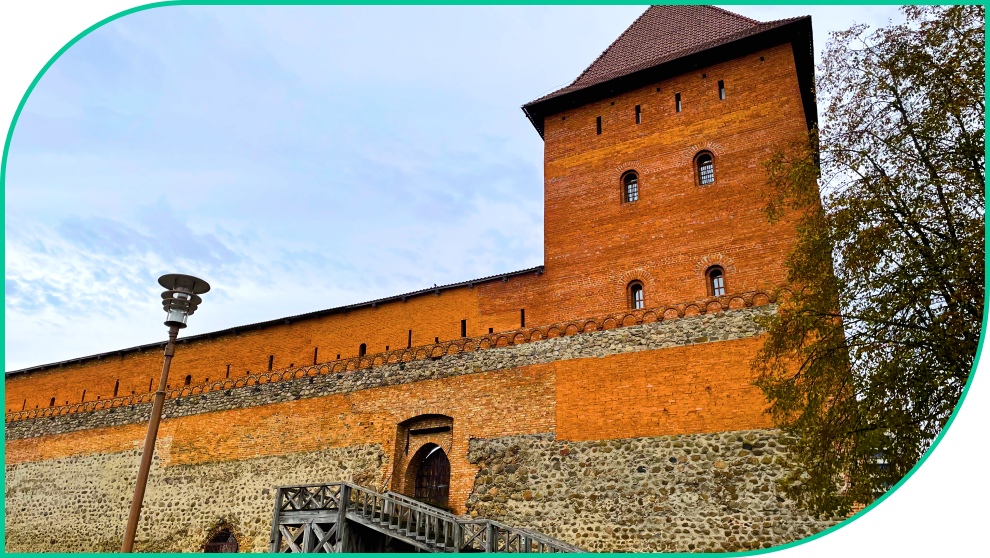 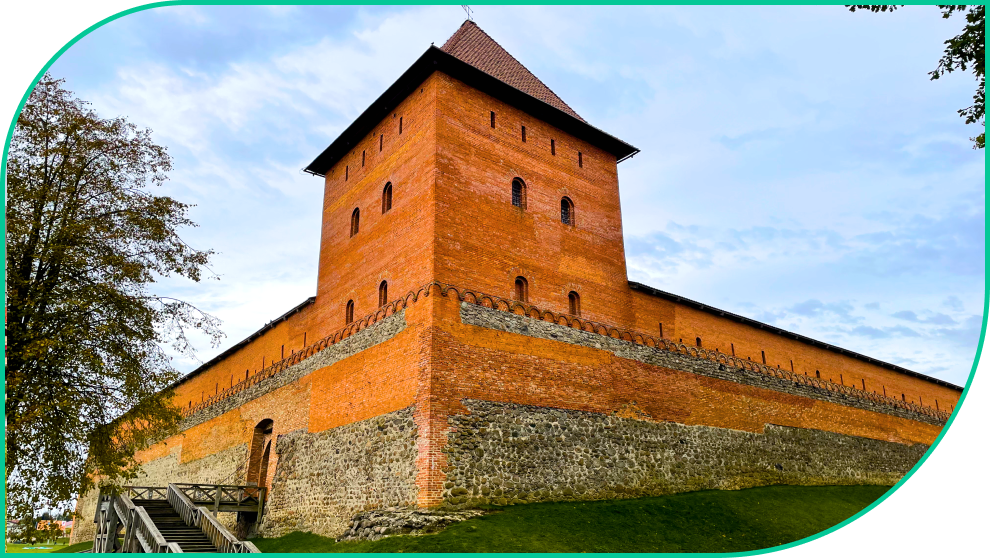 Lida Castle was built in those difficult times when the Crusaders' offensive on the Belarusian and Lithuanian lands reached its greatest strength. In order to block the knights' way to the lands of the Grand Duchy of Lithuania, Grand Duke Gediminas in 1323 ordered the construction of a stone castle in Lida.
At that time, only those defensive structures that corresponded to the tactics of the siege of troops Armed with first-class siege equipment at that time could resist the onslaught of the Crusaders. Since the end of the XIII century, castles-castels built in hard-to-reach places, of a quadrangular shape, most often with 1-2 towers, have been erected on the territory of the INCL. They had fortified walls surrounded by ramparts and ditches.
Lida Castle is built on an artificial embankment at the confluence of the Lideika and Kamenka rivers. The plan resembles a trapezoid with walls 2 meters thick at the bottom and 1.5 meters at the top. Initially, only one tower was erected (South-West). By order of the Grand Duke of Lithuania Vytautas, at the end of the XIV-beginning of the XV century, a second tower (North-East) was built diagonally for the purpose of conducting a cannon battle.
Stone was mainly used for the construction of the castle. Brick - only for the main structural elements and architectural details.
Over the centuries-old history of the Lida Castle, some events have been replaced by others. In the XIV century . its walls have repeatedly withstood the onslaught of the Crusaders. The wars of the middle of the XVII-beginning of the XVIII century also did not bypass Lida. In the summer of 1659, the castle was besieged by a 30,000-strong Moscow army. At the beginning of the XVIII century, during the Northern War, the castle was severely damaged by Swedish troops. Both towers were blown up, and the fortress finally lost its defensive significance.
Restoration work began in 1978 . From 2012 to 2016 , a complete reconstruction of the 14th century Lida Castle was carried out .
Archaeological research of the Lida Castle was carried out by M. A. Tkachev (1970), A. A. trusov (1977-1978, 1980, 1985), A. K. Kravtsevich (1986-1987). Metal products (horseshoes from knight's boots, horse shoes, knives, flint, scissors, keys, locks, arrowheads and crossbow bolts), fragments of glass and ceramic dishes (markets, pots, jugs, glasses, cups, plates), various tiles, stone cores, bone products, were found. silver and copper coins and so on.
Today concerts, festivals and jousting tournaments are held in the castle. Tourists are offered animation, interactive programs, museum and pedagogical classes, an excursion “Gediminas Castle - an architectural monument of the XIV century".